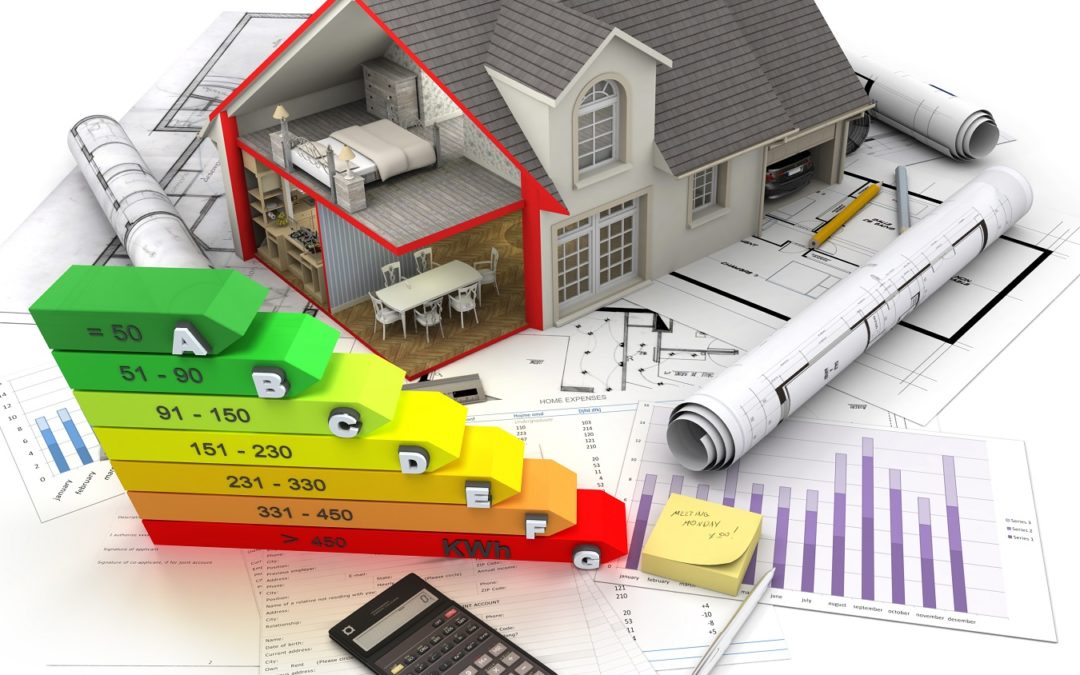 A disturbing trend that I have recently observed (at least in WA) has been an increasing number of “off-record” energy ratings being used to demonstrate energy efficiency compliance under the National Construction Code.

Here’s one that was sent to me by a client – it’s from one of their work colleagues who was also in the process of building a new home. I’ve masked the client/project details and name of the assessor. But when you think about it, they are the ones who put their name on it, so should be prepared to stand by their work:

As you can see, the stamp which has been placed on the drawings has been created by the assessor, rather than the one that is automatically generated when a rating is uploaded to the HSTAR portal (either by an accredited or non-accredited assessor). There is no QR code in the stamp that can be used to verify the rating, and I’m pretty certain the certificate number doesn’t follow the format of the HSTAR certificate. This particular rating gets even weirder – the accompanying report is a strange hybrid of an energy rating AND reference building report. While both are valid ways of demonstrating NCC energy efficiency compliance, the two methodologies are mutually exclusive, and can’t be used interchangeably in this way.

Here’s another example that has come across my desk:

Again the stamp has been created by the assessor, and the certificate number doesn’t follow the HSTAR format. And while this stamp does include a QR code, when you scan it, it doesn’t take you to the rating certificate. Instead, it takes you to the assessor’s website. The accompanying report appears to be the draft report that is produced by FirstRate, not the NatHERS Universal Certificate. I’ve also looked up the name of this assessor on the AAO websites – they appear to be an accredited assessor. But when I last checked, it is against the Code of Conduct of all the AAOs for their members to issue ratings that aren’t completed in accordance with the NatHERS Technical Notes ie. they must be uploaded to the HSTAR portal.

There are only two compelling reasons I can think of as to why energy ratings are completed off-record:

2. To ensure the energy rating cannot be audited by an AAO on behalf of the NatHERS Administrator.

For the first reason, if $30 makes that much of a difference to your ability to compete and be profitable, then there is something seriously wrong with your pricing model. I’ll talk more about how to get your pricing right in a future blog post.

The second reason begs a further question – as an assessor, why wouldn’t you want one of your energy ratings to be auditable? [1] Is it because you know that it hasn’t been completed in accordance with the NatHERS Technical Note? For example, vertical shading from adjacent neighbours and fencing is a real pain to model, at least in AccuRate Sustainability. Has something like this been deliberately omitted, or maybe the client has made it clear they don’t want to pay for more expensive windows, but still expect a compliant rating?

Sometimes we can overlook that energy ratings are more than just a PDF report, digital stamp or tick-the-box exercise. In actuality, they are a set of detailed instructions and specifications that will ensure the future occupants of a home will be thermally comfortable, that they won’t have to pay excessive heating and cooling bills, and that their home will have a reduced carbon footprint.

Energy ratings are an important document for demonstrating a dwelling meets the requirements of the National Construction Code. If they aren’t prepared diligently or with integrity, they are effectively worthless. Dodgy “off-record” ratings don’t just make those assessors that produce them look unprofessional, but they also have the potential to bring the entire energy rating industry into disrepute.

So what can we do about it? Here’s a few tips:

– If you come across a dodgy rating, call it out.

– Educate clients, builders, designers and certifiers that you work with about how to spot a dodgy rating, and that they shouldn’t accept it as a valid rating. There’s a handy guide on the NatHERS website to help them: https://bit.ly/2rRSxKU

– If you’re a non-accredited assessor and want to add your own branding to your energy rating stamps, make you still include important information such as the QR code and certificate number issued by the HSTAR portal.

– Resist the temptation to do an “off-record” rating: it may save you a few bucks at the time, but it will cost your credibility and integrity in the long run – is it really worth it?

Do you have any other suggestions? Or maybe you can think of other reasons why some assessors choose to do “off-record” ratings? Are dodgy ratings happening in your state or territory? I’d welcome your thoughts and comments, as well as suggested topics of interest for future blog posts.

[1] The auditing process is an interesting experience that I will also write about in a future post!

Check out our other blogs

Take our self assessment survey

Are you interested in finding out if you have options for Recognition of Prior Learning (RPL) for a qualification?

Do you have some work experience or have been in the workforce for a number of years but not sure how you can apply your existing knowledge to achieving a qualification?

Our self assessment survey will give you more information for what your self paced learning pathway looks like based onyour work and life experience – ie do you have options for Recognition of Prior Learning (RPL) or is a distance package best for you – or a blend of both.

The survey is free and it takes just 10 mins to complete and within 24 hours you will have a response from a Transformed team member with your recommended learning pathway as well as the fee to complete and the next steps should you wish to enrol. We have payment plans to suit all budgets.

It’s that easy – click on the orange button to take a survey for the qualification you are interested in NOW.